We will have a full house of volunteers at this our last repair café before Christmas. Bring along your electrical goods, bikes, furniture, clothes, textiles, shoes, bric-a-brac and Christmas decorations and we will do our uppermost to help you fix them.

This Repair Café will be our 25th event and will mark our 2nd birthday so please help us celebrate by joining us and sharing our flyer far and wide.

We had a great range of objects brought along to the repair café in October.

Ross brought along a lovely pair of boots with loose stitching. 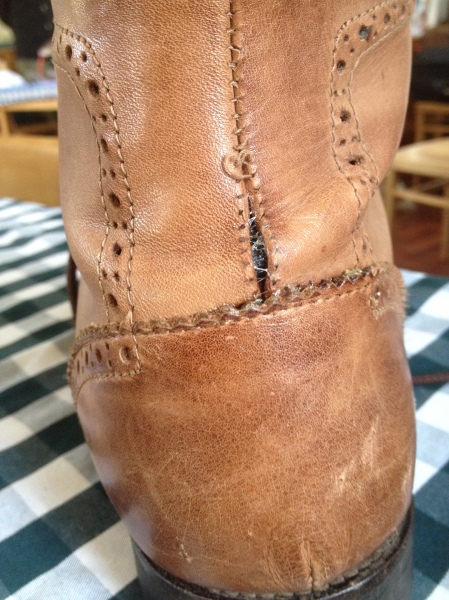 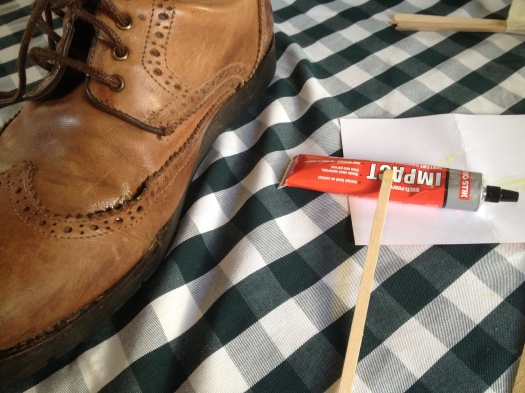 First the seams on the toe upper and back were glued back together,

before a leather needle and some strong thread was used

to re-inforce the stitching,

with help from Sam who trained as a shoemaker. 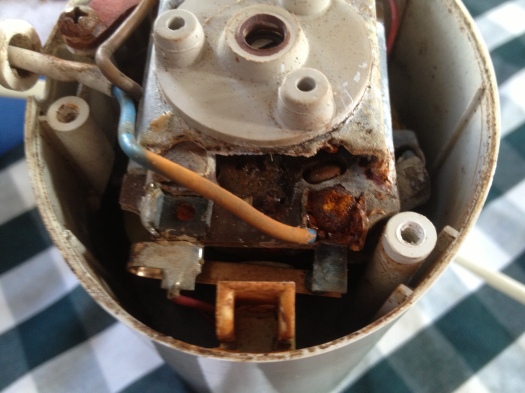 Mattia showed someone how to clean the points on their coffee grinder.

Tom initiated a new darner into the world of visible mending

A whole host of darners then joined his table.

who came along to shadow Ali and help with furniture repair.

Felix and Dan got to work fixing a small loom which Ali had found in a skip. 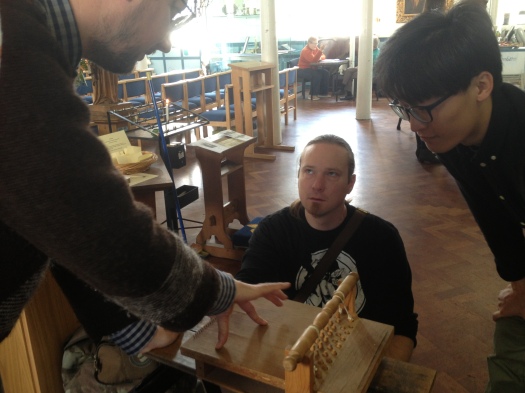 Tom then explained how it could be used to weave scarves.

Tom brought along his kettle with a cracked broken handle.

Victoria then formed Sugru (a mouldable glue that turns into rubber) and used it to re-attach the handle and seal the cracks.

One gentleman brought along an alarm clock which he was very fond of for Mattia to diagnose. 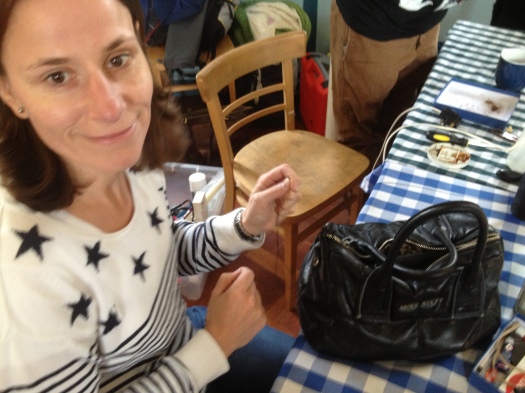 Another lady who was passing by happened to have a favourite bag with a problematic zip. 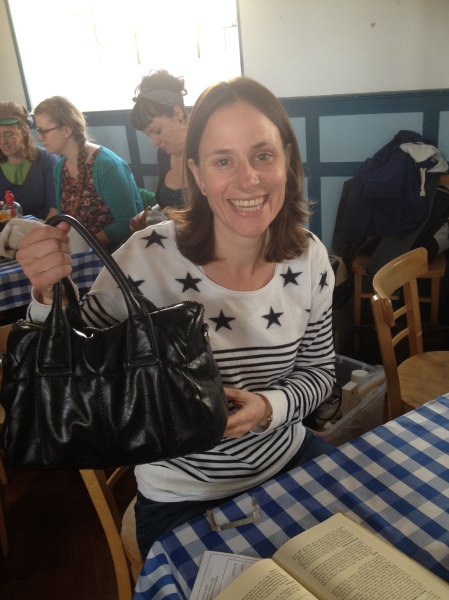 and she went away pleased with her fixed bag and new skill! 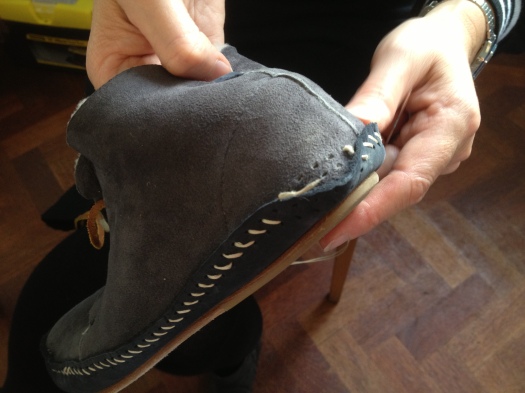 Stacey brought in some slippers that were starting to fall apart at the seams. 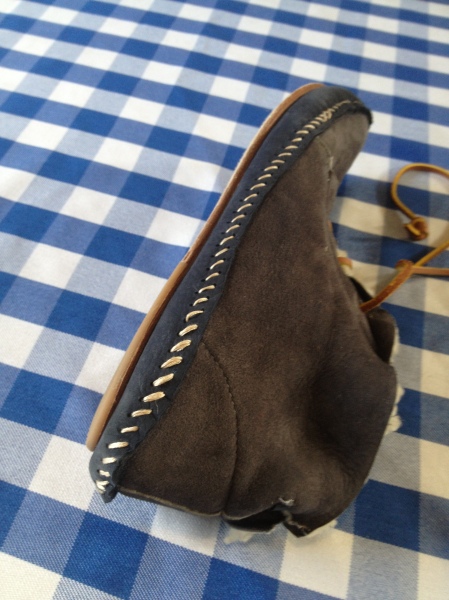 Sam showed her how to sew them up again.

One young lady brought along some ripped jeans

Victoria showed her how to pin a new patch over the knee. 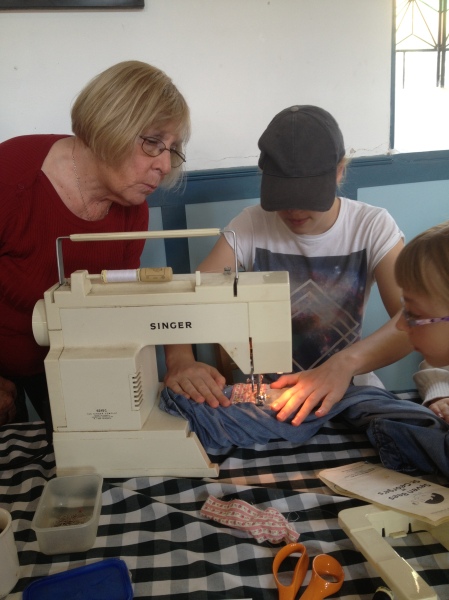 Then Betty showed her how to use the sewing machine

and Vikki helped her with some tricky parts

before she proudly showed off her handiwork!

A camera with a broken catch

was glued and left to dry

whilst it’s owner met some other friendly faces and had a cuppa.

Loving this website, what a great resource about re-use!

Part of the Repair Cafe network